But efficient markets prevailed and now all the fun ripples are history, according to the report.

The “‘golden age’ of calendar anomalies was in the middle of the 20th century,” wrote the group of researchers led by Alex Plastun, an economics professor at Sumy State University in Ukraine.

Alas, they found, they’ve largely disappeared since the 1980s.

Though the authors ran their own analysis, they also combed through dozens of previous studies — some conducted on a variety of indexes and through different time periods — as reference points.

For example, an examination of indexes in 19 countries from 1988 to 2000 — which found that nearly 90 per cent of monthly returns were made in the four-day turn of the month — was compared with another stating end-of-month returns in the US exceeded those of the entire month.

What the researchers ultimately found is that these effects started to fade and eventually vanished in the 2000s.

Similarly, average results on the last trading day before a holiday tended to be much higher between 1900 and the end of the 1970s. But, the holiday effect has been absent from Wall Street since then.

“The results of this study provide convincing evidence that the US stock market evolved from being inefficient with a number of calendar anomalies, to being efficient such that it is impossible to find ‘holes’ in price dynamics that can generate exploitable profits,” the authors write. 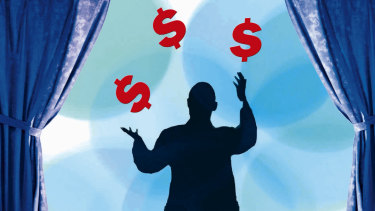 Used to be that juggling the timing of share investments could boost your returns. Not anymore.Credit:Michel O Sullivan

Sell in May, go away

But the same group subsequently explored what they called the “Halloween effect,” whereby investors adopted the sell-in-May stance and held cash until November in an attempt to avoid lower-than-average returns.

The authors found that the phenomenon is real and present, with differences between November to April returns, compared with those from May to October, becoming more pronounced starting in the 1960s, though abating more recently. Even so, the effect can provide opportunities to build market-beating strategies, they said.

An analysis of S&P 500 returns over the last 90 years, broken up by those specific time periods, confirms that finding, according to the Bespoke Investment Group.

While the market doesn’t typically go down during the six-month period that runs from May through October, returns are significantly worse than they are during the November through April period, Justin Walter, co-founder and managing partner at Bespoke, wrote in a recent note.

Uber Eats launches platform so you can charge your company for your work lunch...

Thieves brought down by ‘lingerie’