The government has suggested a tough response to terrorist footage in a meeting with Facebook and Google, including livestream delays and hiring more moderators, as pressure mounts on the tech giants over extremist content online. 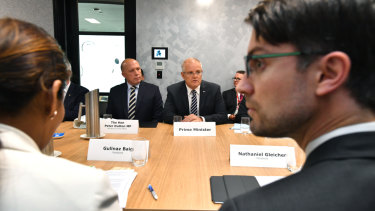 The taskforce was formed after a heated meeting in Brisbane last month to help stop violent terrorist and extreme material on the internet after live footage of the Christchurch massacre was widely shared through social media and forums.