Between selling the last of the businesses he founded and creating the Epic Foundation, which supports children and youth charities around the world, entrepreneur Alexandre Mars spent several months travelling with his wife and children, meeting local NGOs and social entrepreneurs and encountering poverty and inequality at first hand.

Not all entrepreneurs embark on such an exploration before becoming philanthropists. But while many follow the sale of a business by giving money away, some argue that more could be done to support entrepreneur donors while they are still building their enterprise. “Running a business is hard,” says Mars. “They need solutions.”

Entrepreneurs often react to a liquidity event — industry speak for selling their company — by writing a large cheque or setting up a charitable foundation. A study published last year by Fidelity Charitable found that 69 per cent of those planning to sell or pass on their business want to make charitable giving part of the exit strategy.

But entrepreneurs still building a business can find it difficult to divert attention to strategic giving, which often requires research to find the most effective charities and social enterprises and efforts to track how their donations are being spent.

“Along with lack of trust in social organisations and lack of knowledge of the impact they achieve, lack of time is in fact one of the three main obstacles to giving,” says Mars, who established Epic Foundation to enable donors to choose from charities that have been vetted and to monitor the impact of their gifts.

Another obstacle for entrepreneurs is that they are often reluctant to simply write cheques. Instead, they want to apply the problem-solving skills they have honed as business creators to their philanthropy — something that also takes time.

“It’s harder than you think to give away well,” says Cath Dovey, a co-founder of the Beacon Collaborative, which aims to encourage wealthy people to give more. “And what people who make their own money really dislike is feeling that they’re throwing money down the drain, so they’re not going to give to the first organisation that comes their way.” 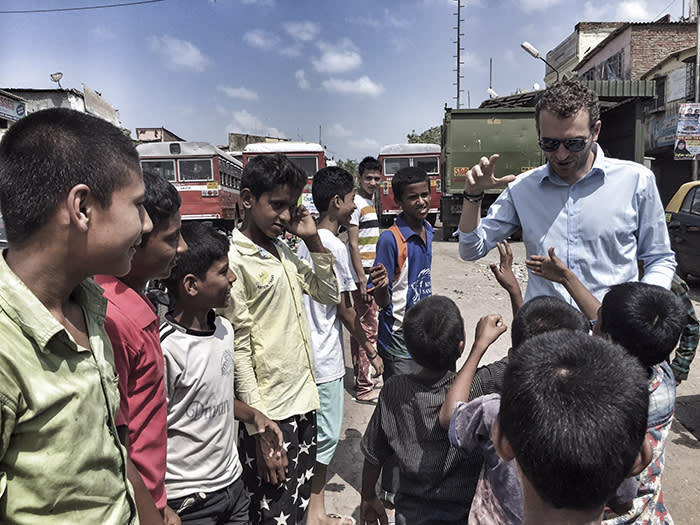 In the field, Alexandre Mars chatting to children in Nyaka, Uganda

Still, while these constraints can make it hard for entrepreneurs to develop a philanthropic strategy, the desire among entrepreneurs to support organisations addressing social or environmental problems is strong — in some cases more so than among other citizens.

“The numbers seem small, but it’s indicative of what may be to come when there’s more wealth there,” says Pamela Norley, president of Fidelity Charitable.

In the US, tax regulations may have an influence on this giving, since the rules make it attractive for entrepreneurs to commit to donations before selling the business. This enables them to minimise their capital gains tax liability and set off the donation of assets such as shares against their tax bill, based on their fair market value.

However, the Fidelity Charitable study also indicates that US entrepreneurs have an emotional connection to their giving, with 79 per cent of respondents saying they see charitable giving as a critical part of who they are.

For younger business owners, a link exists between their giving and the growth of their company

Entrepreneurs in the UK express a similar enthusiasm for philanthropy. In a YouGov survey of small business owners commissioned by Kleinwort Hambros, the wealth management firm, 44 per cent said they gave money to charitable organisations every month, with an average of £126, or an annual £1,512.

For younger business owners, a strong link exists between their giving and the growth of their company. In the YouGov survey, some 60 per cent of millennial entrepreneurs said they would give more as the business grew (compared with 14 per cent of owners overall who said this).

Nor do today’s entrepreneurs see their ability to make an impact solely in terms of grant making. “When you talk about the next generation, particularly the millennials, there is a desire to mix business and philanthropy. They are very sensitive to responsible investments,” says Pinto.

But while survey respondents express enthusiasm for giving, Dovey believes that entrepreneurs, particularly the millennial generation, could be giving more to charity before they sell the business. “They’re already wealth creators in their own businesses and we know they have grown up with a much more socially conscious mentality, so it’s the right time to engage people,” she says.

Organisations are emerging to do this. Epic Foundation, for example, enables entrepreneurs to pledge shares in their company to charity, to engage their employees and clients in giving. 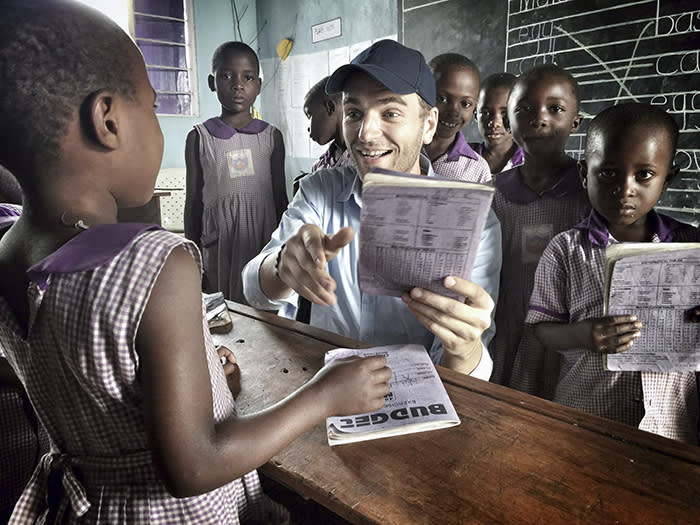 Mars helping educate others in Mumbai

The non-profit sector is also responding. “Charities themselves are becoming more entrepreneurial and are working with business owners and entrepreneurs to find ways in which their [company’s] culture can be aligned to certain charitable causes,” says Rebecca Constable, head of philanthropy at Kleinwort Hambros.

She argues that it is important for charities to get to know these potential donors.

“Part of the skill of a good fundraising charity is to engage with the entrepreneur and to understand the level of involvement the individual wants and is prepared to commit,” she says.

For the non-profit world, there is good reason to do so. In the Kleinwort Hambros survey, for example, 15 per cent of business owners said they would respond to a 10 per cent increase in turnover by making bigger charitable donations (with the average increase at about £100 a month). This alone would make an additional £82m a month available to charities.

Dovey argues that tapping into these potential philanthropic funds means providing entrepreneurs with the right support. “We need ways of engaging people that don’t require huge amounts of time and research,” she says. “We need to develop solutions to make sure that giving becomes a lifetime habit.”

‘It was outrageous’: Sonja’s insurance premium doubled when her home was heritage-listed

Stretching Basics – Use it Or Lose It

Trump: 'I Didn't Get Thank You' For Approving John McCain's Funeral Arrangements