“Did the Treasurer ask FIRB about the connections to low tax and secrecy jurisdictions such as the Cayman Islands?,” Mr Bowen asks in the letter obtained by The Sydney Morning Herald and The Age.

“Did the Treasurer ask FIRB for further information about the tax risk assessment of the takeover?”

Did the Treasurer ask FIRB for further information about the tax risk assessment of the takeover?

“Brookfield is proud of its investment record in this country, where we meet all of our tax and workplace obligations and where we employ thousands of Australians,” the company said in a statement.

“Brookfield has successfully operated in Australia for more than two decades. During that time we have bought multiple assets and on each occasion we have been subject to FIRB approval, which always includes an assessment by the ATO.”

Eastern Australia Agriculture, the company that recieved a controversial $80 million dollar government buyback of its water rights, has its parent company based in the Cayman Islands. Other Australian entities such as the Future Fund and AustralianSuper have used the tax haven.

“The entity that operates the Healthscope assets is, and will remain, headquartered and registered in Australia and will therefore be subject to Australian tax law,” said Brookfield.

Mr Bowen’s comments on foreign takeovers moves the debate about FIRB’s role in approving foreign investment from a recent focus on national security interests, and particularly China’s appetite for Australian companies, to the impact of foreign investment on Australia’s tax revenues.

But Mr Bowen did ask whether any tax conditions were applied to the deal and whether the Mr Frydenberg sought further information on the tax risks associated with the deal.

Yasser El-Ansary, a tax expert and now head of private equity’s peak body in Australia, the Australian Investment Council, warned against further restrictions in an economy that is so highly dependent on foreign investment. 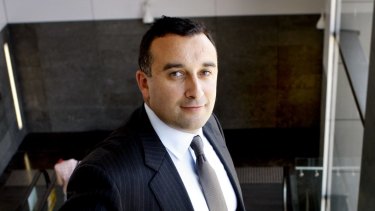 “I think it would be highly unlikely there would be a case for concern here, the FIRB process is so rigorous,” he said.

Healthscope investors will vote to approve the deal on May 22, just days after the federal election.

Colin Kruger is a business reporter. He joined the Sydney Morning Herald in 1999 as its technology editor. Other roles have included the Herald’s deputy business editor and online business editor.

‘Avengers: Endgame’ dominates the box office with 90% of all US ticket sales

The hottest ‘Star Wars’ collectible is a character you’ve probably never heard of —...