Mr Shorten has said the upcoming federal election this month would be a “referendum on wages” and he wanted to create a “living wage” .

Energy generators AGL and Origin’s chiefs said they supported policies that offered certainty and allow industry to pass the benefits onto workers.

Origin said flexibility around wages let industry stay agile through both booms and downturns, and encouraged Mr Shorten to consult with businesses before implementing new regulations.

“Any consideration around introducing new regulations should be undertaken in consultation with industry so that there is no unintended impact on jobs growth.” 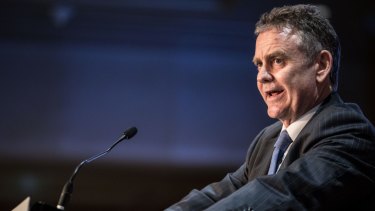 “I think the system we’ve got is working, the issue with picking out one sector and targeting that is ‘where does it stop?’,” Mr McCormack said.

You start something like that and where do you stop?

Miner Fortescue Metals Group’s chief executive Elizabeth Gaines warned against treating all Australian businesses the same. She added that as the resources industry was well paid there was little need for wage intervention.

“There are different industries and different wage conditions. We have a very highly incentivised and well-remunerated workforce, so I’m not sure that the changes being discussed in terms of wage policy are actually going to necessarily apply to the mining sector, particularly in the market conditions we currently have,” Ms Gaines. 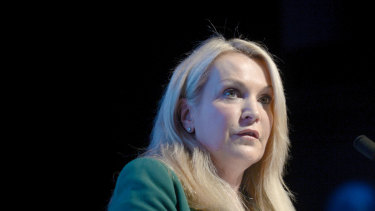 “I don’t think it’s applicable to the mining sector.”

Oil and gas company Woodside Petroleum said there were likely major changes ahead if Labor’s planned industrial relations policy were an indicator, and could impact future workplace bargaining agreements with unions.

“It always brings concerns when there might be changes,” Woodside Petroleum chief executive Peter Coleman said.

“The key is making sure we get certainly – particularly around enterprise bargaining agreements.”

Facebook’s Zuckerberg went before Congress a year ago — here’s what has (and has...