“Company expansion resulting from a stable economy is spurring demand for skilled candidates while a tightening talent pool in 2019 means employers are finding themselves competing fiercely to attract, source and retain talent,” the report says.

The Robert Half survey of 460 hiring managers found that more than three-quarters (76 per cent) of job seekers have become more demanding with their remuneration packages.

The research shows Queensland has the most demanding job seekers in terms of salary, as 79 per cent of hiring managers based in the Sunshine State say jobseekers have become more demanding when it comes to their remuneration packages compared with five years ago. This is closely followed by Western Australia (77 per cent), New South Wales (76 per cent) and Victoria (72 per cent).

Heidi Crick, 28, a senior human resources adviser for five years, said she had plucked up the courage to ask for a pay rise after comparing her salary with what the labour market was offering for similar positions in Brisbane, where she lives. 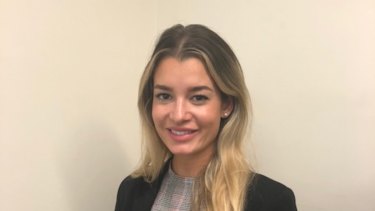 Heidi Crick found the confidence to ask for a pay rise when she did some research on what other senior human resources advisers were paid.

“I managed to negotiate a pay rise after putting to them and showing what the role was worth in the current Brisbane market,” she said.

“Once I had that information and knew my request was reasonable I had an open and honest conversation with my manager.

“The conversation was well received and an answer could not be provided in the initial meeting. But my salary was then increased.”

Ms Crick, who has used Robert Half to find jobs and recruit staff, later moved to another job to advance her career.

Another Robert Half survey of 1000 jobseekers shows that 50 per cent of respondents considered salary the most important factor when looking for a new job, followed by equity (44 per cent) and additional leave/flexible work options (36 per cent).

Anna Patty is Workplace Editor for The Sydney Morning Herald. She is a former Education Editor, State Political Reporter and Health Reporter.

International Expansion: How To Know When Your Business Is Ready to Go Global –...

Netflix vs. Cannes is one front in a bigger battle for the future of...