Professor Fels said the two strikes rule had produced some restraint around pay and increased engagement between investors and boards.

“The two strikes rule has worked well. It is certainly not the time to even contemplate relaxing the rule,” he said.

“It has made boards think much harder about how they remunerate executives. It is clearly having the desired effect.”

He said  complaints that boards spent more time now on pay demonstrated the scheme’s success not a shortcoming.

Professor Fels dismissed the idea that investors had “misused” the system to push other agendas.

“It is simply making boards more accountable to shareholders than they otherwise would be and allows shareholders to voice their anger about other aspects of board performance,” he said, adding that those pushing for change might not get what they want.

For people looking for a review or repeal of the two strikes rule, I would just warn that… in the current climate the rules might be intensified.

“For people looking for a review or repeal of the two strikes rule, I would just warn that… in the current climate the rules might be intensified or broadened to cover more than remuneration.”

Professor Fels said there would be merit in a review of executive pay in the financial services sector after it was not addressed in detail in the final report of the banking royal commission.

“There were some recommendations at the edges but in the end the difficult questions about of optimal sysems of reward in financial services were not addressed and much more work needs to be done on it,” he said.

He noted a review already underway by the Australian Prudential Regulatory Authority but said that an independent inquiry helmed by the Productivity Commission would be a better option. 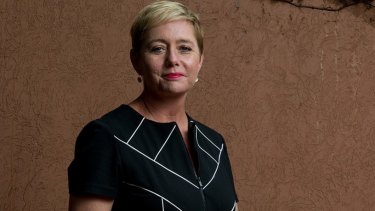 The recently introduced British approach, where investors cast a binding vote on remuneration, would also be worth watching to see if it offered potential improvements to the two-strike system, he said.

Australian Council of Superannuation Investors chief executive Louise Davidson said there was no evidence that the two-strike system had been misused.

“It is rubbish to suggest that concerns about pay are not genuine. Our members vote against remuneration reports when companies fail to reflect the performance of the company in pay outcomes,” she said.

She said the rule was effective and had increased engagement between boards and investors.

“We expect companies that received a first strike to respond to investor concerns and address remuneration issues. Addressing material governance issues is an important part of the board’s role – not a distraction.”

A Labor spokesman said the opposition had no plan to alter the two strikes rule but would require all ASX-listed companies with more than 250 employees to report how much their CEO earned compared to an average employee.

A government spokesman said it was “closely” watching the operation of the two strikes rule like it did all governance arrangements on companies.

Mathew Dunckley is business editor for The Sydney Morning Herald and The Age. Based in our Melbourne newsroom, Mathew has almost 20 years experience as a journalist and editor.

Aussies worried about $2b mega-project