Andrew Norton, the Grattan Institute’s higher education program director, said job opportunities for science graduates, particularly the bulk studying biology, had deteriorated despite a slight improvement in the past year.

“I’ve been concerned for a very long time that the message people are receiving to do science – and we saw money to encourage women into STEM in the [federal] budget – needs significant nuancing.

“The biological sciences are not a good option even though there are opportunities in other parts of the STEM field. TEM is not a bad bit of advice, but STEM is poor advice.”

Mr Norton said demand for engineering graduates has fluctuated, but he was confident about their long-term job prospects.

The graduate employment survey shows that in early 2018, 73 per cent of new graduates overall had found a full-time job four months after completing their studies. Mr Norton said that while this was an improvement from a low point of 68 per cent in 2014, it was still a poor result compared to much higher levels achieved 12 years ago.

“Most of them do get jobs in the end, so it is not total doom and gloom,” Mr Norton said. “Having a degree is still pretty good insurance against not having any job at all.

“But over the long run we are seeing a deterioration in job quality, meaning that a lower percentage are getting professional and managerial jobs which are most likely to use the skills they’ve acquired in their degree.”

Meanwhile, a new study has found that 45 per cent of more than 1000 young people surveyed were not confident, or felt unsure about finding work in their chosen career after completing their studies.

The survey by student advocacy centre Student Edge’s market research arm YouthInsight, in partnership with youth service ReachOut, found that 46 per cent were “fairly confident” about getting a job and only 9 per cent were “very confident” of finding work.

Lillian Moffat, 23, from Sydney’s inner west graduated with a bachelor of creative arts in film and television production from a private college in 2016. She wants to be a film director and actor.

“I didn’t have much luck finding full-time work,” she said. “I just had part-time freelance work and volunteering.

“The course didn’t encourage internships or offer support. I didn’t do enough research into that course and regret doing it.” 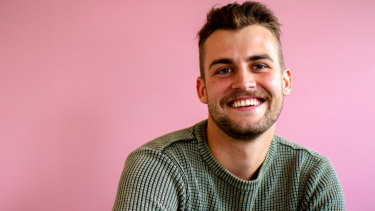 Declan Arrighi was warned that it would be tough to get a job in journalism.

Declan Arrighi, 23, studied journalism at the University of Wollongong and was warned it would be tough to get a job.

“I freelanced for six months and started interning one day a week and that led to a job in video production.”

The survey found 74 per cent of young people aged 16 to 24 surveyed said there needed to be more opportunities for paid internships and training positions, and 72 per cent said more jobs needed to be created for young people.

ReachOut chief executive Ashley de Silva said the survey results showed that many young people are uncertain about their future.

“It’s clear that we need to have a robust public conversation around what new skills and training are needed to provide the greatest chance of success,” he said.

“This lack of confidence is about the future, but it affects the mental health of young people right now.” 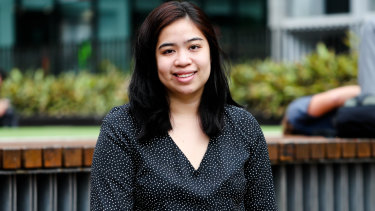 Monica Castillo graduated with a degree in social research and policy from the University of NSW in last year said it took her a year to find a project management job. She had high expectations before she applied for more than 20 graduate roles, but started losing confidence after a series of rejections.

While she was happy with the quality of her university qualification, she faced tough competition and lacked work experience.

“I soon realised I was competing with thousands of graduates with similar experience as me,” she said.

Anna Patty is Workplace Editor for The Sydney Morning Herald. She is a former Education Editor, State Political Reporter and Health Reporter.

‘Uniquely hated’: The world’s most unpopular shares are starting to slide