Musk tweeted on Tuesday night about Amazon’s plans to launch 3,236 satellites into orbit with the intention of delivering high-speed internet to the globe’s more remote regions. The plan is codenamed “Project Kuiper.” 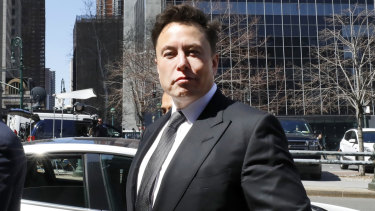 Elon Musk is not one to shy away from the spotlight. Credit:AP

Musk’s privately owned space-exploration company, SpaceX, has been working on a similar project. SpaceX’s Starlink division got approval from the Federal Communications Commission in November to launch a planned 11,943 satellites, with the same goal of providing global high-speed internet. It launched two experimental Starlink satellites in February.